“Literally the best dessert I’ve had, EVER.” 👏🏼 Frozen chocolate covered stuffed dates aren’t new to the gram but they are new to the Plotnik home. Those were Joel’s exact words after first bite and he’s not wrong. These frozen chocolate CHAGA covered stuffed dates (with crunchy coconut cashew almond butter) and topped with flakey himalayan salt are the best desserts ever. Don’t save them for just dessert though, eat them anytime of day or night. 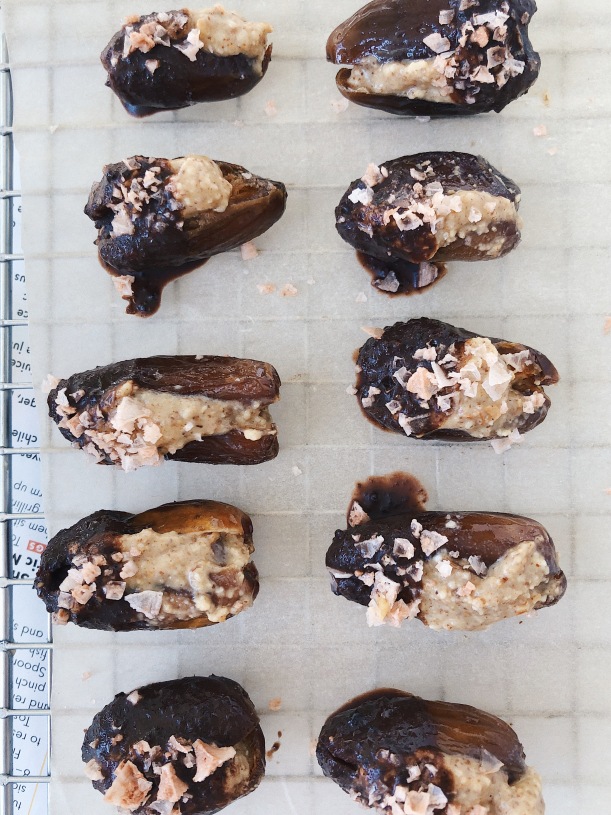